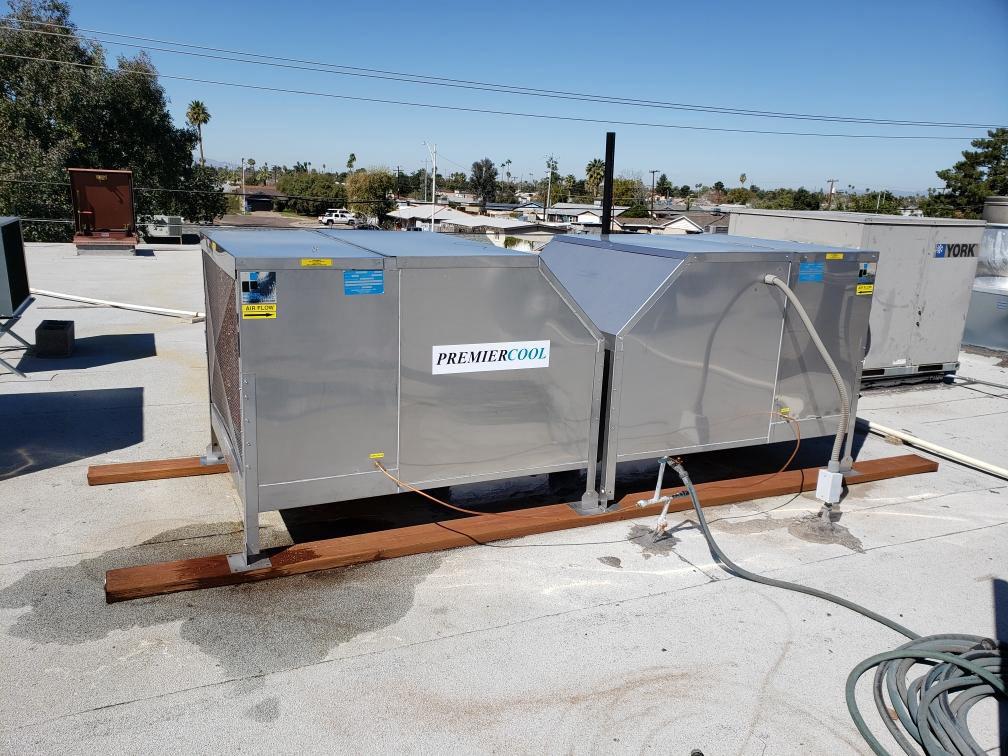 An ordinary air handler consists of a large metal box which has heating and cooling elements, filter racks or possibly chambers, a blower, dampers, and sound attenuators. This will be connected to a network of ducts within a facility so as to distribute conditioned airflow all throughout the building, and sometimes to also return it to the handler for later exhaust. 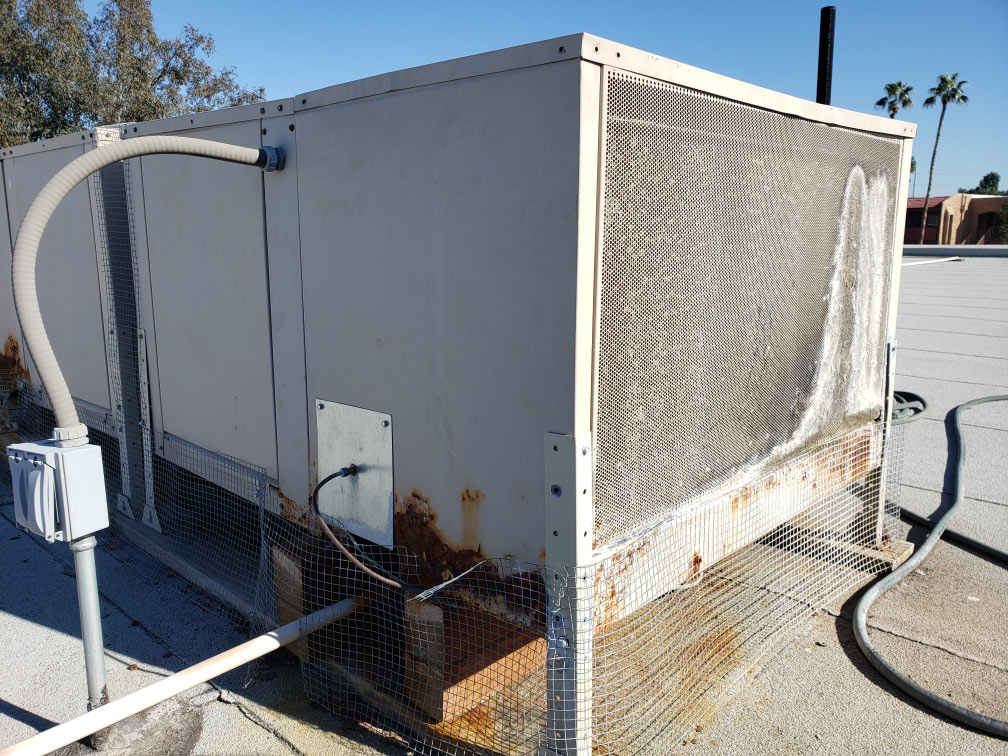 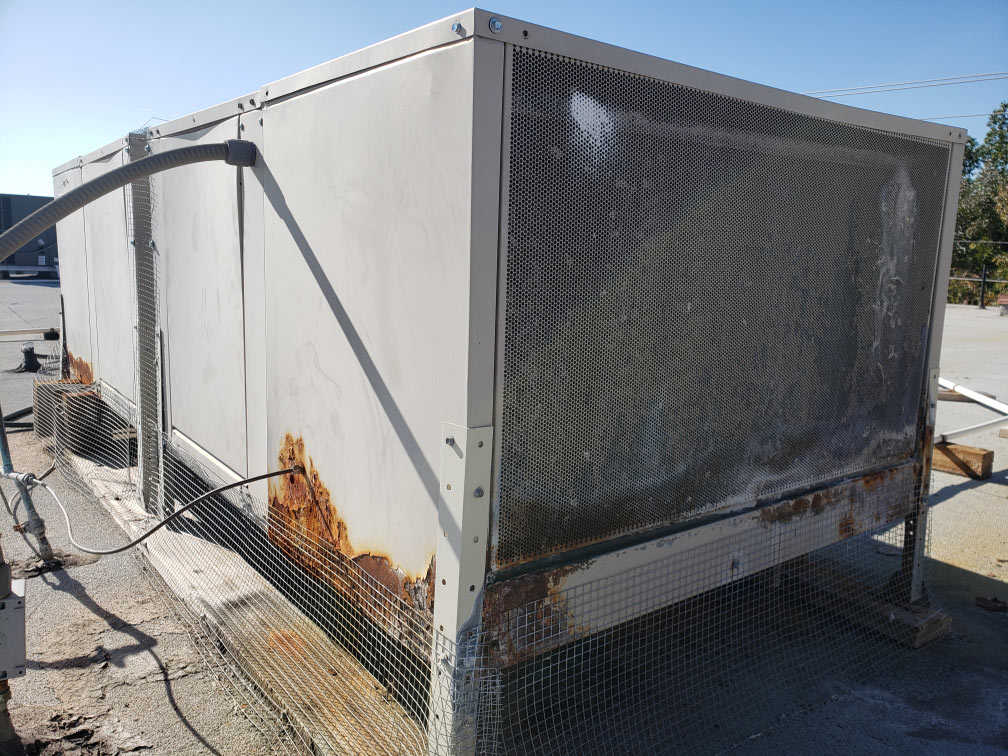 There are small versions of these handling units which are called terminal units, and they are very simple versions of the larger handlers, which are only tasked with heating or cooling a small space. An air handler which is much larger, and which conditions 100% outside airflow, with no interior airflow being recirculated, is known as a MAU. Sometimes referred to as a fresh handling unit, these are typically designed for outdoor installation and are sometimes called rooftop units in deference to the fact that rooftops are the most common mounting places for one of these units.

Any HVAC system for heating and cooling will be made much more effective if it is coupled with a makeup unit because that system will ensure that fresh airflow gets circulated throughout a commercial installation. If not for the MAU being in place, it is likely that the interior oxygen would be continually re-circulated, which means that any debris or pollutants in the air would keep getting circulated around the building.

That can make any facility seem very stuffy, and there might also be some odors that are carried in the building, and which can cause people to be uncomfortable. When you have fresh airflow constantly coming in from the outside, everywhere in the building will smell fine, and there will be no continuous circulation of pollutants.

What a Makeup Air Unit is

A makeup unit is generally used in conjunction with HVAC systems which are responsible for the heating and cooling which is carried out at commercial installations. It consists of a large handler which conditions outside ventilation so that it can be used in the interior, rather than having to circulate the same airflow inside over and over again.

When interior air is simply recycled throughout a building, it can carry a number of odors as well as bacteria, and occupants of the building will notice this and become uncomfortable. One kind of facility where MAU’s are frequently used is in the restaurant business so that the inside air is not constantly being recirculated around the whole restaurant.

When exterior airflow is drawn in to the kitchen by the MAU, all fumes produced in the kitchen will be exhausted out of the exhaust hood which has been designed for that purpose. Fresh air which is drawn in can replace all those stale odors which would otherwise keep circulating around the kitchen while food is being prepared, and this would eventually get to be very uncomfortable for anyone working there.

It would probably also be circulated throughout the guest area, and they would also find the stale airflow to be unpleasant. Another issue that occurs when there is no MAU in a commercial building is the buildup of negative pressure. When negative pressure is allowed to accumulate inside a facility, it can be very difficult to open the doors, and when someone does finally open the door, it can bring a whole slew of debris and pollution into the interior.

When you have conditioned air which is circulated from outside into the interior, negative pressure is not allowed to build up, and it never gets to be a problem. One of the great things about having a MAU installing your commercial facility is that you really only have to service the system at the beginning of either a cooling season or heating season because they are relatively low maintenance units.

Situations They can Help in

Whenever there is a commercial building being used that has no means of drawing airflow from outside the premises into the interior so as to freshen it up and to remove stale, there will probably be a need for a makeup system. Any commercial building where odors are produced as a by-product of some activity, for example, manufacturing, will have a need to constantly bring in fresh oxygen from the exterior.

A perfect example of this would be a large manufacturing facility where a number of people are employed, and where a number of processes are carried out using heavy machines which generate heat and possibly odors as well. This kind of setting would quickly become uncomfortable for employees if there weren’t some kind of system for bringing in fresh oxygen from the outside and circulating it around the production floor. Some of the most frequent users of MAU’s are hospital units, manufacturing floors such as painting operations, and restaurant kitchens.

You might think that makeup units are always installed on the rooftops of facilities since they are commonly associated with the function and the fit of rooftop units, but that’s not always the case. There are many situations where the MAU might actually be housed within a spare room or a mechanical room in order to be most effective.

This is often the case for hospital applications, where a specific room or floor requires constant circulation, and in that case, it’s generally better to position the MAU close by that floor so that maximum effectiveness can be achieved. Wherever it makes the most sense to install the system, that’s where it should be placed, because there’s really no set position required for the system. It is only necessary that it has direct access to outside ventilation, and that stale interior airflow can be exhausted somehow as part of the entire system.

A good technician will also know enough to check the bearings, the drive alignment, the drain line and pans, the cooling and heating coils, and the exchanger should also be checked for cracks. If any parts are discovered to be worn out during this preventive maintenance inspection, they should be replaced with high-quality replacements, so as to maintain the efficient operation of the MAU. Repairs can generally be carried out fairly quickly by an experienced and knowledgeable technician, as long as nothing catastrophic has occurred with the system.

If your commercial operation is in need of a system that can provide fresh airflow so it can be circulated throughout your facility, you should contact us at Premier Industries, Inc. We will be happy to answer any questions you may have about MAU’s, or we can give you a free quote on a system that you might install at your location. When you install one of these terrific units, you’ll quickly realize the benefits of fresh, clean airflow all through your commercial building, and it will also relieve some of the strain on your current HVAC units.